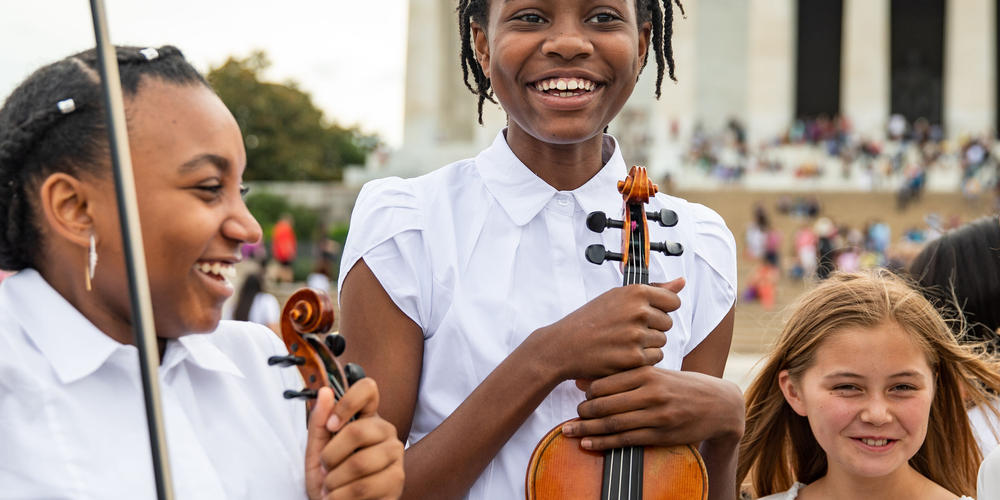 DCYOP is the only program in the region that makes high-quality music education available to all interested students regardless of their circumstances. From pre-K–12th grade, 600+ students from over 200 schools and all DC wards progress from introductory lessons to advanced chamber music instruction and concert performances. Tuition is need-based and starts at just $25. Full programming moved online by late March: teaching artists called students individually; group lessons, sectionals, and ensemble rehearsals were arranged and conducted virtually; a local recording studio began producing virtual concerts that are watched and shared online by students' families and friends. Interactive programming is offered throughout the week so that kids stay connected with the larger musical community. Without DCYOP, the vast majority would never learn a musical instrument, develop life skills, and, importantly, play in an orchestra – something they desperately yearn to do again.

$100: 1 virtual rehearsal for a full ensemble