Building Bridges Across the River 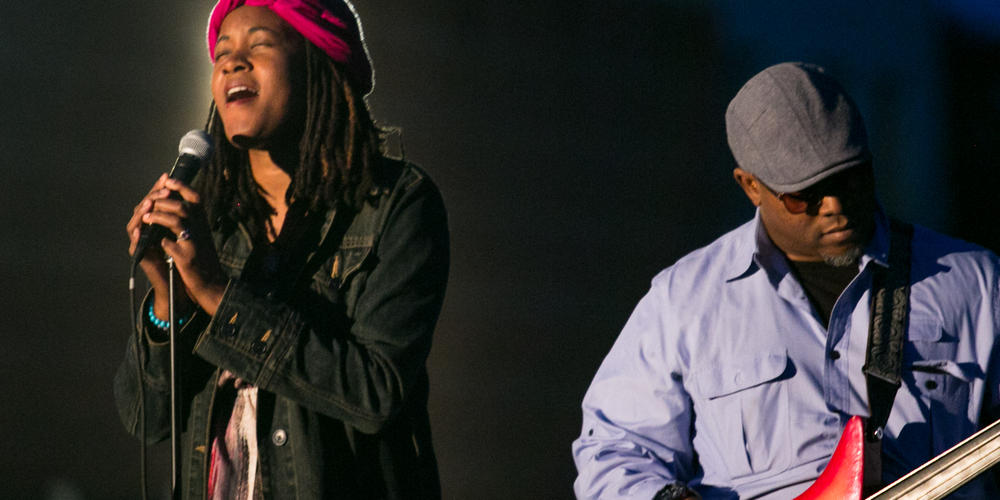 Established in 1997 to build and manage the Town Hall Education Arts Recreation Campus, familiarly known as THEARC, BBAR’s importance to the revitalization of southeast DC cannot be overstated. Today, the campus houses over a dozen nonprofits in the arts, education, health, recreation, and workforce development fields, and BBAR manages two theaters, a farm, a technical theater program, and more. It is the engine behind it all, providing nonprofit partners with space, marketing, and management free of charge, and leading projects like the Skyland Workforce Center and the 11th Street Bridge Park, a new outdoor venue designed to generate economic opportunity for the surrounding communities. It’s all about making collaboration a force multiplier – addressing multiple disparities, creating better outcomes for the people THEARC serves, and equipping the residents of Wards 7 and 8 not only to survive, but to thrive.

COVID-19 Update: BBAR has converted THEARC campus into a distribution hub to meet the emergency basic needs of families. Since March, together with its partners, BBAR has distributed 30,000+ meals, groceries, toiletries, PPE, and other goods. Core programming has also continued, including the launch of the farms Community Supported Agriculture, maintenance of THEARC facilities for essential campus employees, virtual support for job-seekers, and transitioning THEARC Theater and iCAN programs to virtual platforms.

Where They Operate: DC-Ward 7; DC-Ward 8; THEARC is located in Congress Heights, Washington, DC.

Schools They Work In: Building Bridges Across the River and its partners at THEARC all work in conjunction with local public, charter and private schools in the east of the Anacostia River community to offer high quality, low cost cultural and social programs to at risk children and youth.

Support Building Bridges Across the River

$500: 25 tickets to a performance at THEARC Theater

$2000: financial coaching and counseling for 50 residents