Second Story was awarded the Director’s Community Leadership Award (DCLA) from the FBI! “This special award, presented on behalf of the Director of the FBI, was formally created in 1990 as a way to honor individuals and organizations for their efforts in combating crime, terrorism, drugs, and violence in America,” says the FBI.

The award was presented to Second Story as a result of Second Story in the Community’s close relationship with the Washington D.C. FBI field office. Each of the FBI’s 56 field offices selected one recipient of the award because of “outstanding contributions to their local communities through service.” Nandred Navarro, Vice President of Community Based Services at Second Story, accepted the award at a ceremony earlier this year.

The FBI works to do outreach in communities where there are vulnerable populations and partners with Second Story in Culmore, Annandale, and Springfield. Specifically, Second Story worked with the FBI to educate young people and their parents on cyber security, how to report crimes, and the different types of programs available in this field for internships and employment. They also presented to some of our community partners and gave workshops to young people in Second Story’s programs.

FBI Director Christopher Wray presented the awards. Second Story is honored and thankful to receive this award, and especially proud of Nandred Navarro’s leadership and her team’s impactful work in our community-based programming. 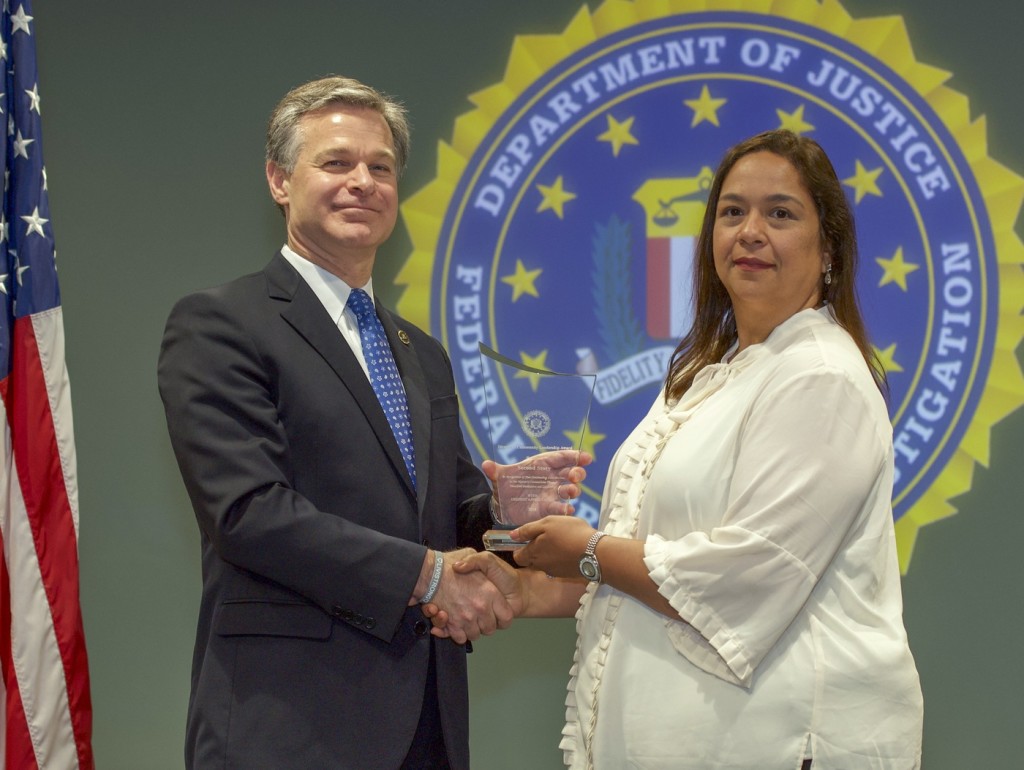