One of Catalogue for Philanthropy’s 2018-19 Best Nonprofits, Young Artists of America(YAA), has launched a new initiative thanks to a grant from Greater Washington Community Foundation’s Donors InVesting in the Arts (DIVAS) Fund. This initiative will run in tandem with YAA’s preparation for their spring production of Les Miserable–which will feature over 300 students and a full orchestra–on March 16th at the Music Center at Strathmore. 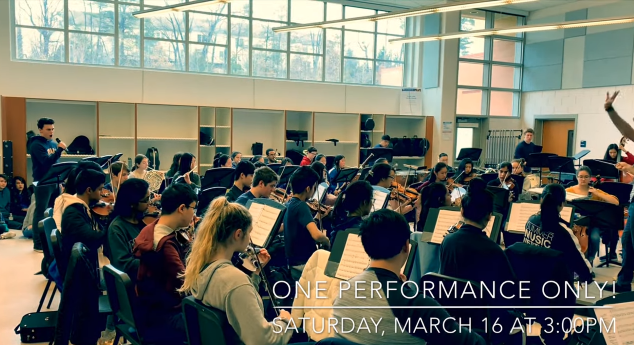 Titled after one of the most rousing songs in the score, YAA’s “Hear the People Sing!” project will examine the themes in Les Miserables to inspire students to make connections between the social challenges in Victor Hugo’s time and those in today’s world. Whereas young people during the French Revolution saw injustice between populations and classes and decided to take action through insurgencies, this project will empower YAA students to use non-violent means to identify the injustices seen both in Les Miserables‘ and in modern time, including immigration, class inequity, gender-based oppression, and imperfect justice. Peaceful methods of engagement and dialogue will be modeled by teachers and encouraged throughout the musical theatre rehearsal process, as well as throughout the social media component of the project.

Specifically, YAA artistic staff will lead student group reflection and social media journaling, primarily via Instagram posts. YAA staff will also create and post a “students voices” video of final lessons learned that will be made available on their YouTube channel, and an edited version displayed on screen before the performance to enable audience members to participate with as well. Community members can follow along with the project by searching #HearthePeopleSingYAA and #WhoAmIYAA on social media platforms.

“It is YAA’s hope that this project will deepen students’ understanding of the material we are performing, as well as spark additional dialogue among their peers about contemporary issues,” says YAA’s Artistic Director, Rolando Sanz. “We are incredibly grateful to The Community Foundation’s DIVAS.”

The final production on March 16th will take place at 3pm and tickets are on sale now. What will make this performance artistically unique will be the scope of this student collaboration, including a full 60-piece youth symphonic orchestra, Seneca Valley High School Chorus of 150, and 80 singers/dancers/actors from YAACompany and YAAjunior. www.yaa.org/spring-production.