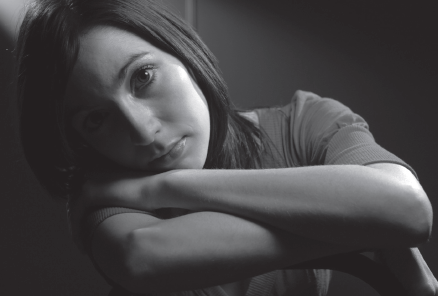 Sarah* first came to the Jewish Coalition Against Domestic Abuse (JCADA) in late 2015, after receiving a protective order against her husband. Sarah was overwhelmed with caring for her three young children by herself, and like so many of our clients, afraid to tell anyone about the emotional, physical, and financial abuse she experienced by her husband for over ten years.

Through individual counseling with her JCADA clinician, Sarah has processed her past trauma, learned tools to better cope with her abuse-related stress, built a strong support network, and identified ways to keep both herself and her children safe. Now, a year and a half later, Sarah’s divorce is finalized and she has received full custody of her children. She no longer feels ashamed or guilty for the abuse she experienced. Instead, Sarah feels empowered to work towards her personal goals and live safely with her family.

For more than 16 years, JCADA has been a crucial member of the domestic violence services community in the Greater Washington area. Through its free lifesaving counseling services, JCADA has empowered hundreds of survivors, like Sarah, to obtain safer living environments for themselves and their children. JCADA tailors its services to address the cultural and religious barriers that are common to Jewish and other religious and ethnic minorities. JCADA has become a pillar in the community for survivors of domestic violence of all races, national origins, abilities, backgrounds, faiths, genders or sexual orientation.

At its inception, JCADA began working with just a handful of clients. This number more than doubled in the second year. By the third year, the organization was seeing over 20 clients, which increased to about 20-30 per year through 2010. With the launch of AWARE?(JCADA’s dating abuse prevention initiative) in 2009, along with increased outreach efforts and successful trainings with clergy, lay leaders and community members, the numbers of clients rose. As a result, JCADA began receiving dozens more calls to its confidential helpline from family members and friends trying to help someone in an abusive relationship. To date, JCADA has provided clinical support, which includes helpline calls and client counseling, to 2,432 individuals and educated over 8,000 youths, parents and educators about healthy relationships.

As a result of the dramatic increase of women, men and teens who have broken their silence about abuse and reached out to JCADA for support, the organization recently expanded its clinical team by two full-time clinicians (bringing it to 6 in total), through a two-year Victims of Crime Assistance (VOCA) grant from the State of Maryland’s Governor’s Office of Crime Control & Prevention. Thanks to this partnership and the incredible and ongoing generosity of our Catalogue for Philanthropy donors, JCADA envisions a future in which Sarah and other victims who seek support will be able to lead safer and healthier lives and move forward on their roads to recovery.

*Name has been changed

If you or someone you know is experiencing domestic or dating abuse, please contact JCADA for support on our confidential helpline: 877-88-JCADA (52232)