How getting face-to-face with dirty water turned this Old Town resident into an advocate.

What turns someone from a simply living near the Potomac River, to being a true neighbor of the river?

Like the other 5 million people in the DC metro region, Susan Ginsburg lives near the water – in fact, she lives just a few strides away from its edge in Alexandria, Virginia. However, she hasn’t always had a deep connection with the Potomac. Once curious and unsure of the waterway around which her city is built, she now plays an active role in restoring its health. Hear from Susan how her relationship with the river has changed through years of walks, runs, paddles, and adventures with her dog:

“Dear neighbors of the Potomac River,

My journey with the Potomac River started when I moved to Old Town Alexandria from Washington, DC’s Dupont Circle over 27 years ago. Even though I moved to just a few blocks away from the Potomac, it took me a while to really notice the river.

When I did, I decided to start running in the mornings to take advantage of the national trail, the views up and down river, the sounds of the water lapping, the turtle-laden logs, the fresh-air breezes on my face. I began to appreciate the beauty of what we have with the Potomac River.

Then, wanting to be just a bit more adventurous and take advantage of what the Potomac has to offer, I decided to get into kayaking. At the time, Atlantic Kayak was headquartered in Old Town near the coal plant. I needed to get a safety certificate so I could rent their kayaks.

During one of the safety certificate training sessions one day, I found myself hanging upside down in the river, head under water, zipped into the kayak. The idea of the training was to extricate oneself, flip the kayak, and climb back in. Which I did. But in that long moment of hanging, suspended in the water, I asked myself, Do I really want to be hanging in this water? It seems kind of brown and murky.

Now feeling more curious about the river than ever before, I began to notice more things about this river that I loved and depended on for daily fun and exercise outside. I began to notice trash that dotted the shorelines after storms. I began to read about Old Town’s sewer system, and how its need for significant modernization was not being met. I was aware, and now upset to learn that raw sewage sometimes flowed from Alexandria into the Potomac River in heavy rainstorms.

I started to think about how our community lives along the Potomac, sometimes unaware of its challenges and changes. 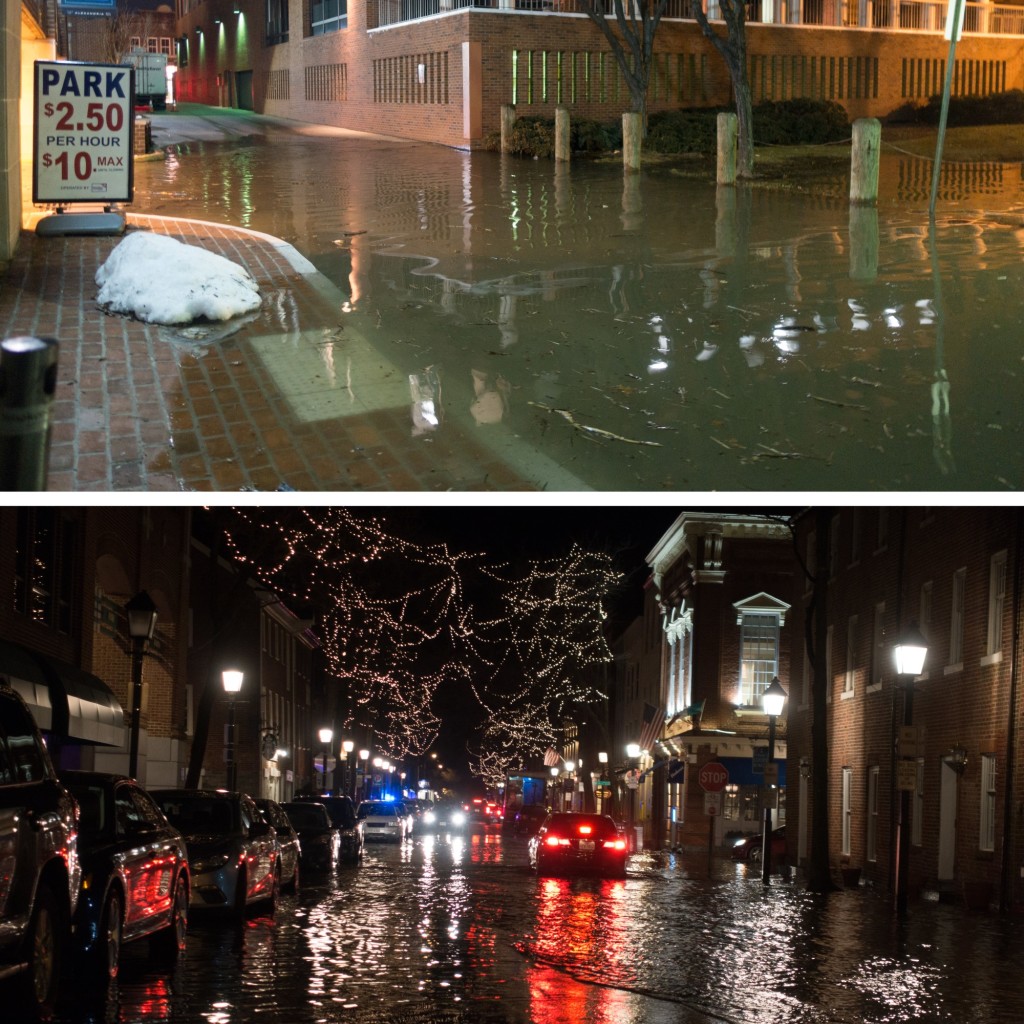 I discovered that Lee Street in Alexandria was originally called Water Street; in other words, the street that was now two blocks away from the water’s edge used to be the shoreline. The floods at the base of King Street are notorious, and one year I actually saw kayakers paddling along Union Street making their way to Starbucks. As entertaining a scene as that was, I began to wonder about the implications of the climate breakdown for Old Town Alexandria, as well as for Georgetown where I grew up, and downtown Washington, DC.

My questions led to more learning, and then to Potomac Conservancy.

One day I decided it was time to do something about my feelings for and concerns about the river. I opened my computer, looked for relevant organizations, and found Potomac Conservancy and became a member. Now that I’ve gotten involved, I do think differently about the river.

I’m now aware that there are 31,000 friends and supporters of Potomac Conservancy doing everything from volunteering their time, to picking up trash along the river’s banks, to writing their county commissioners about the need to tighten water pollution policy. I read the River Update email newsletter and see upcoming tree planting events and learn about local fish populations and other wildlife benefiting from cleaner waters and healthier habitat.

We all have our paths of discovery. We drive around this region, frequently along the Potomac River. We run, bike, walk our dogs, sometimes we kayak, row, or boat on the river. Many of us have had a riverside snack at a restaurant that enjoys a Potomac River view. We all use the water – and that water comes from the Potomac River.

Potomac Conservancy makes it easy to get involved. Do you want to volunteer? Speak out to encourage river-friendly laws? Learn more about our water, our wildlife, and how we can help our local environment be as healthy and clean as we know it should be?

There is a way to get involved that’s going to be right for you. I hope to see you on the river.

This blog post was originally published at potomac.org on January 3rd, 2020.