However holiday celebrations look this year, one thing is certain: all children deserve to enjoy the season with a loving family.

Across the United States, there are over 120,000 children available for adoption. These children live in a state of uncertainty – moved between foster homes, group homes, and other unstable settings. As we count down the days until Christmas, we are all surrounded by images of children spending days of celebration with the warmth and security of a family. For these children that is far from reality. While these children wake up every day with uncertainty of what the future will bring, they will not spend Christmas wrapped in the loving care of family. 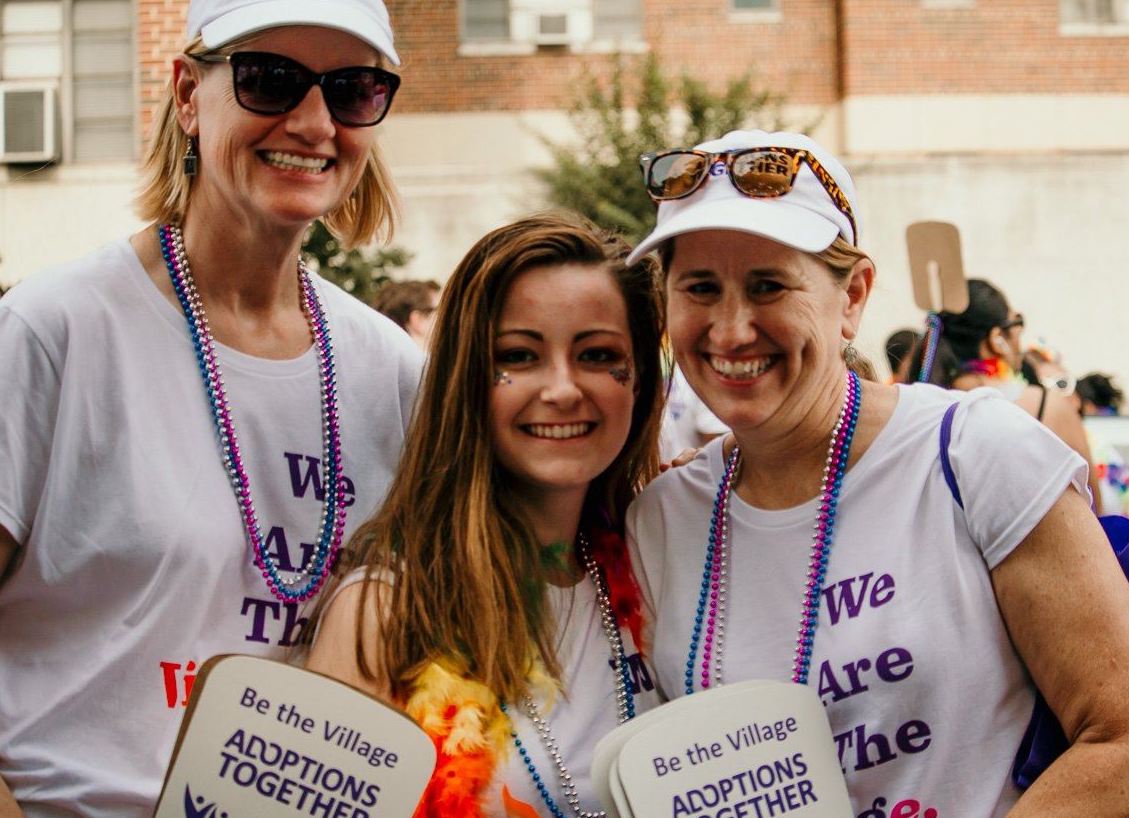 Adoptions Together is driven by the belief that family is a human right. We believe there is no such thing as an unwanted child, just unfound parents. Every day spent without a family is a day that offers no chance to heal from trauma. We know healing happens in the context of healthy relationships and we do everything possible to support children and families.

Children should be home with their family, especially during the holiday season. Adoptions Together has been working hard throughout this complicated year to ensure that kids are connected to their forever families and we are thrilled to be placing 6 children with secure families this month – just in time to make dreams of spending Christmas with family come true.

Adoption across state lines is complicated and geography should never be a barrier for a child to have a family. While each state system has a complicated bureaucracy to navigate, social workers must work diligently to push through the process. Unfortunately, it can take months of additional instability before a child arrives home with their forever family. At times, it can take advocacy on all levels to bring a child home.

Eleven-year-old Anthony was matched with his mom and dad back in July and has been visiting through daily FaceTime calls since then. It has been hard for Anthony to understand. Why is it taking so long for him to come home? Our team has moved mountains to get this young boy home for Christmas. We are thrilled that Anthony will wake up Christmas morning in his own room and be surrounded by his forever family.

While we celebrate the joys of these six children and their families, there is still much to be done. As you experience your own holiday traditions this year, as different as they may be, we hope you will dream about how you can help make a difference in the life of a child.

Remember, there is no such thing as somebody else′s child.

Written by William Keiser, Marketing and Public Relations Coordinator of the Dance Institute of Washington

On Sunday, November 15th, ten talented performers, aged 6-18, took the virtual “stage” for an evening of performance broadcast to an audience of over 50 watchers. This was the Dance Institute of Washington (DIW)’s fourth annual Youth Talent Showcase, an opportunity started in 2016 to provide an uplifting platform for youth who are eager to showcase their talent, who then receive feedback from experienced judges. While this event is usually a big in-person evening, complete with balloons, a charismatic emcee, and families bustling in and out of DIW’s flagship 14th street building, this year, the action was substantially more confined, but no less dynamic. 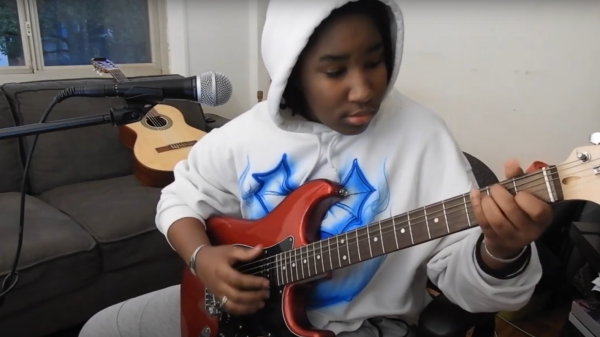 These performances were of varied disciplines; in the first half, we saw dance, acting, and some guitar playing and singing. In the second was rap, modeling, comedy, rock music, and spoken word poetry. After the show, the performers all hopped on a special zoom call to receive personal feedback from the judges: dance teacher Edwin Sorto, model/creative director Yoii Moore, musician Sean Isler, choreographer Shalyce Hemby, and hip-hop vocalist Cleva Thoughts. They announced first and second place winners in each category, but the spirit of the event was more of personal growth and expression than of competition.

For the performers, most of whom have been cooped up in restrictive quarantines for the past seven months, just having the chance to perform is extremely meaningful. Fatima Diop, sister of Adelina Diop, a DIW student, performed Sunday in the Youth Talent Showcase for the fourth time. Her persistence paid off. Her rendition of “Don’t Stop Believing” was technically proficient and emotionally moving. She received 2nd place in the teens’ category and the opportunity to make a professional film with video production company DLE Vision. Fatima’s and Adelina’s mother writes, “I’m so proud of Fatima and of her perseverance and accomplishments. She is truly developing her gift and this is an amazing opportunity is presenting for her. She thanks DIW and DLE for the opportunity to further develop her talent.” 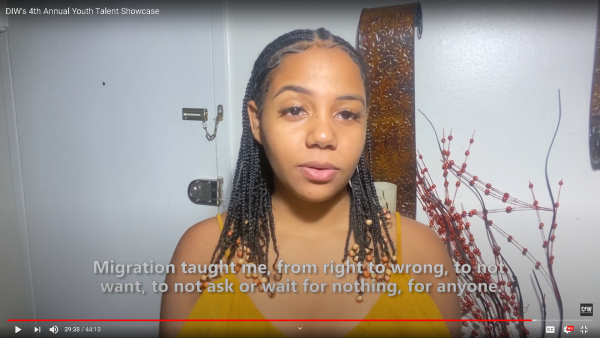 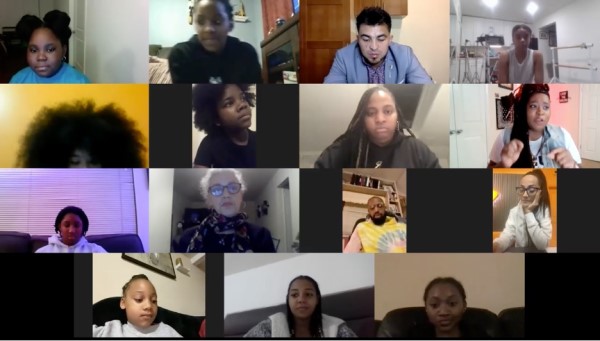 The Students and Judges’ Zoom Call 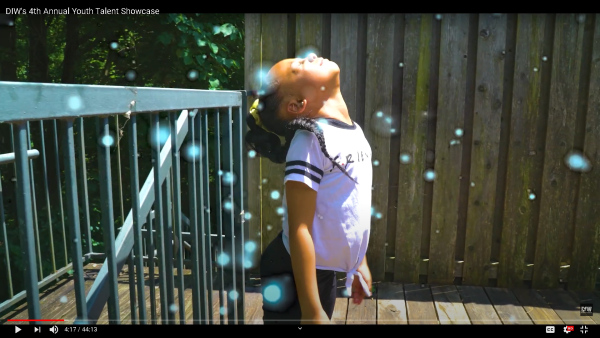 On the kids’ and judges’ zoom call to dispense feedback and answer questions, judge Edwin Sorto summarized the evening best. “There’s only one of you in the world and everybody here needs to see you,” he explains. 10 participants, 5 judges, 10 videos, 44 minutes, and $326 raised in donations for the Dance Institute of Washington later, we are in agreement.

If you would like to enjoy these inspiring performances, we encourage you to watch them here.