This is the first installment in our #thisiswoodleyhousedc series: Meet Chris! When you ask Woodley House residents and staff to describe Chris, the words helpful, respected, flexible and a leader come to mind. Although he’s only been part of the Woodley House program for two years, he’s made a major impact on his fellow residents and is a true asset to our program.

Chris says he was born into a family of helpers. He remembers his parents organizing all the neighbors on their block to give out food baskets every Thanksgiving to those in need. Following that tradition, Chris works every Tuesday in our Food Pantry, loading shelves and giving out food. Helping others comes naturally to him, but it took a while to get there. 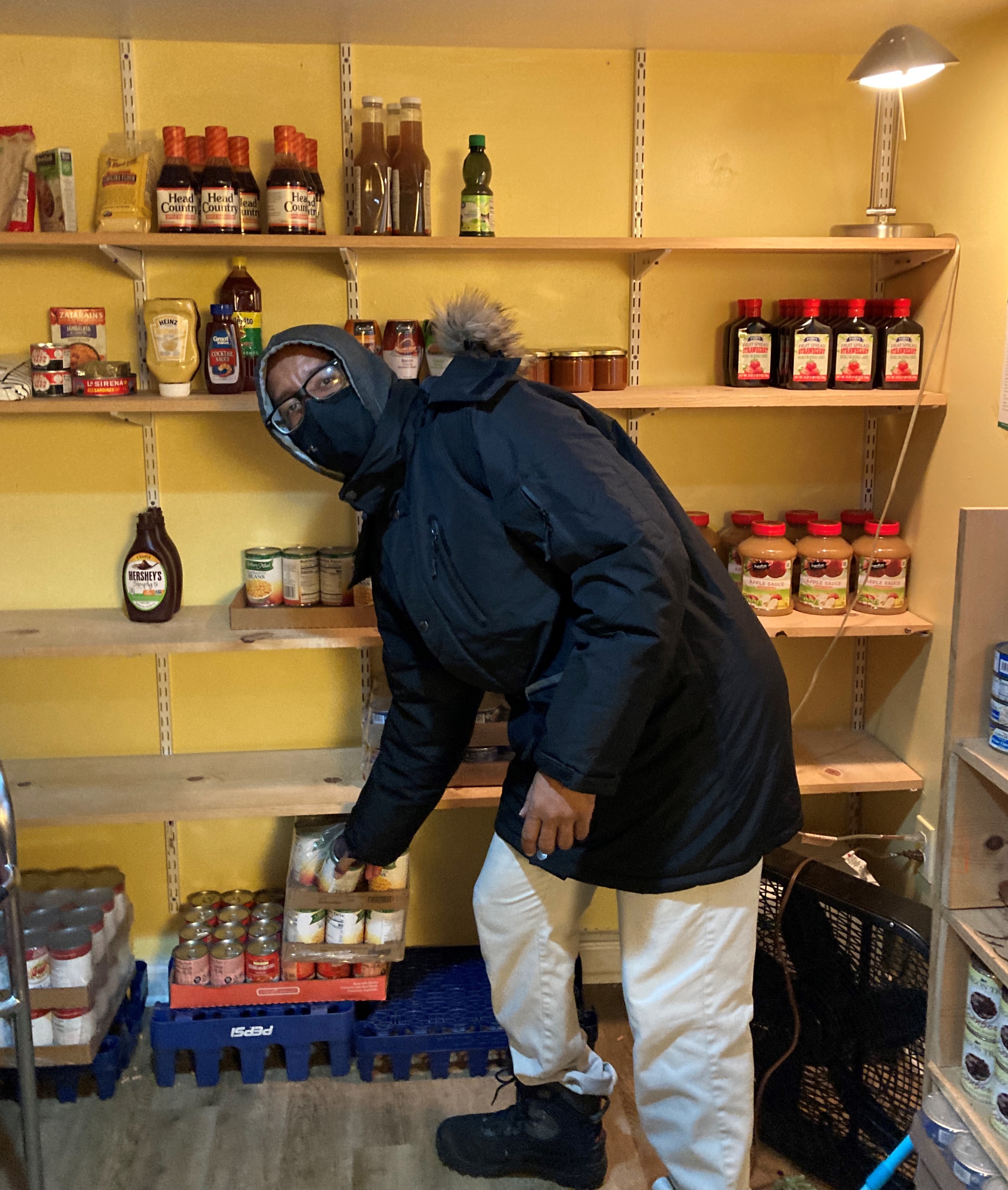 Chris came to Woodley House in 2019, having been homeless off and on for a few years. Chris moved into our Holly House group home in the Shepard Park neighborhood. Holly House provides permanent supportive housing for 8 adults with severe mental illness, most of whom are seniors who experienced chronic homelessness in their past. Chris’ case worker hoped that Holly House might provide the stability he needed. In the beginning, Chris didn’t trust anyone and wasn’t sure that he’d be there for long. Slowly he started to listen to staff about how to adjust to his new home. Attending Day Programs, he learned how to interact with people — when to step up and when to distance himself — learning to adapt to changing situations. Over time he came to be great friends with and a huge help to his older housemates who needed extra help with daily living tasks.

Chris was doing so well that his case worker and our Woodley House Recovery Support Specialist agreed that he was ready to move into our Supported Independent Living Apartment Program. He now lives in his own apartment that he shares with two other residents. He still returns to Holly House for his Day Program and to visit with his Holly House friends. He receives a stipend for assisting as an aide to one of the senior residents at Holly House through a grant from the National Lutheran Impact1890 Foundation. He also volunteers every Tuesday at the Woodley House Food Pantry and receives a small stipend through a grant from the Rotary Foundation of Washington DC. He is interested in furthering his computer skills and taking classes in peer counseling or cooking.

When asked about his best memory of Woodley House, he thinks of how he didn’t trust anyone in the beginning, but that they taught him everything that he knows! Chris says he’s “found my niche” and is happy to continue his parents’ legacy of a being a family of helpers.