Ahead of Spring Fest 2022 on April 23, the Catalogue team spoke with Dreaming Out Loud’s Founder and Executive Director Christopher Bradshaw and Operations Director Zachari Curtis about how they’re building a healthy, equitable food system. A Black-led Farm and Food Hub, Dreaming Out Loud builds supportive infrastructure and relationships on a grassroots level and is a vocal advocate for creating economic opportunities for our most marginalized communities through food. 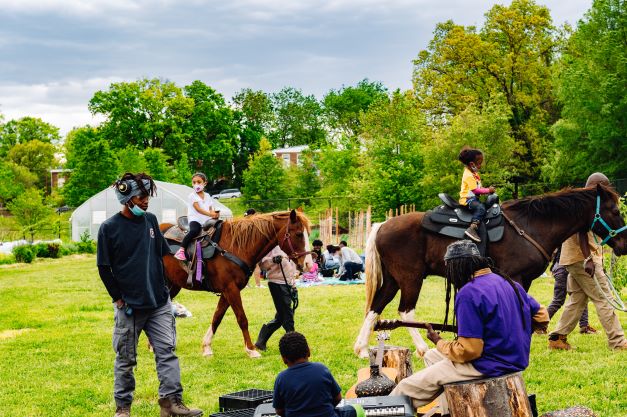 This interview has been edited and condensed for clarity.

Catalogue: What led you to establish and be involved with Dreaming Out Loud?

Christopher: I had started an after-school program and that’s where we noticed a lot of issues around food in terms of healthy food access. It got me thinking more systemically to figure out ways in which we can intervene. The first intervention was a farmers’ market. I saw that farmers needed support – the community couldn’t afford price points that, say, first-generation Mexican-American farmers needed, and these farmers didn’t have access to markets in more affluent neighborhoods. The question was around why the structural arrangement wasn’t advantageous to anyone operating in the food system who wanted food or who wanted to start a food business. There were opportunities to change the food system for the better in ways that would benefit communities impacted by food apartheid.

Zachari: I’ve known Chris since before I worked with Dreaming Out Loud. We were both in a coalition I ran called Healthy Affordable Food for All. I was also an urban farmer, and I was really looking for more innovative business models. Chris was hunting for a supply chain manager for a food hub, an idea we’d talked about years before. I applied and my pitch was basically about the values that mattered, the fact that I understood that individuals are rarely isolated entities if they’re successful. There are structures and political movements that typically undergird what we think of as success.

Catalogue: How have things changed in the DC food economy since Dreaming Out Loud was started?

Christopher: More folks are working towards using food as a lens to examine different issues around social justice and a lot more folks are afforded opportunities as a result of policy changes. But these take time to change. We continue to see that ownership and cost structure is driven by speculative development, which creates unequal access for food entrepreneurs and communities.

Zachari: In classic, well-meaning form, I think the community is picking up on the popularity of equity, on the feel-goodness of it, but we aren’t at the point where we can wrestle with the differences between communities, between people who still haven’t been repaired from 256 years of chattel slavery, 150 years of Jim Crow segregation and mass incarceration.

I do a fair amount of policy work and it definitely feels like a win that there are funding initiatives that talk about equity and inclusion, but I think there are many communities that have benefited from affirmative actions in a way that the most deeply affected – those descended from chattel slavery – are still blocked from accessing.

Catalogue:?What are some of the challenges that Dreaming Out Loud continues to grapple with?

Zachari: Our food hub is still not out of the woods in terms of the challenges of operating in a space that’s dominated by the wealthy and by mostly white wealth. We’re working with a population that’s severely generationally under-capitalized and facing economic attacks, and we don’t necessarily have a whole coalition of folks speaking that same language.

We were in a moment during the pandemic with a mild uptick of support for organizations like ours who’ve been speaking very boldly about the need for transformative racial justice, reparations, and other things. But I’ll be honest – things are cooling off. People are done with COVID, done with thinking about the economy as staggered, as tiered. It’s interesting to see what conversations will be had in light of the deepening inflation and joblessness, and the deepening despair of most working-class communities in the United States. 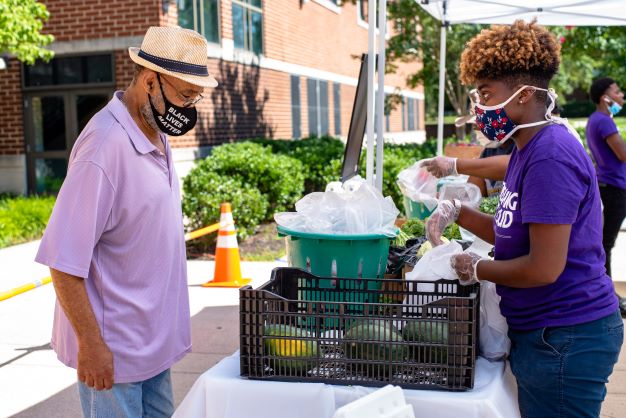 Catalogue: How does Dreaming Out Loud advocate for BIPOC farmers and food producers in creating a more equitable food system?

Christopher: We are made up of, and deeply situated within, Black communities that have long been actors in the food system historically, but who have been excluded from the economic benefits. We see what the gaps and challenges are, which leads us to be able to advocate in a way that’s authentic to our own individual and collective experiences, and to the folks who we’ve worked to be impactful on behalf of.

We’re vertically integrated, so we touch multiple points along the food system. One vein of our advocacy might be advocating for labor rights and elevating the concerns and needs of workers. For instance, we worked with ONE DC to organize a food system worker panel. We also use our Black Farm CSA newsletter as an advocacy portal to communicate advocacy opportunities to folks signed up for the CSA. And we’ve included opportunities from other groups like Garfield Terrace, who were doing an action to get the DC Housing Authority to respond to conditions within their building, so we’re power-building in that way.

I feel that some of the progress we’ve made system-wide is now coming to fruition. Nourish DC is one of the things we’ve moved forward. It’s a fund aimed at resourcing underrepresented and marginalized community members in funding their food businesses. We’re part of that collaborative, led by Capital Impact Partners, alongside the Washington Area Community Investment Fund, Latino Economic Development Center, and EatsPlace. $400,000 has been issued in catalytic grants to food makers and we’re slated to have another round of this. It’s impactful and I’m really excited.

Zachari: There’s a way the conversation can get reduced to food access alone or reduced to conversations about increasing the welfare state, about representational issues – “Which brown face are we putting where on what label or logo?” Seldom are there distinctly different conversations about how many contracts were given to Black-owned businesses and how much of this recovery money actually made it to who it was supposed to make it to.

In the wake of a declared crisis, often, it’s very important to watch the money, to watch the emergency contracts get approved. There are deeply entrenched race-neutral barriers at this point. We should actually be talking in the language of policy lineage because nobody’s out there explicitly using vitriol to exclude people – it’s really in the lane of the fine print of business and in the fine print of policy or protocol or eligibility or non-eligibility.

We talk to our own peers and other people who descend from this policy lineage, and we say, “Your failure’s not your fault. We are not deficient or less business-savvy.” We talk to them about the municipality or state agency that’s going to place an agreement for local food purchasing with the intent to procure from socially disadvantaged farmers, so we can hold to it. There are just so many escape hatches and loopholes that are available to not address this lineage. So, participation and data gathering are important.

Being clear with our messaging is important, as well. There should be a hundred more Dreaming Out Louds and there’s no way I’m the only person from this lineage with this idea, but it’s very difficult to do the work we do because of systemic inequalities.

Dreaming Out Loud isn’t the government. Unfortunately, we’ve taken the role of government because of the vacuum there. We’re providing discounts at our farmers’ markets for produce that we purchased at an above-market rate because those farmers also need fair prices. No nonprofit or business can sustain this in a way that the government can. I think it’s consistently clear that there’s, in general, no will to allow Black American communities to thrive, no will to allow working-class communities to thrive. We’re not giving people what they need to get through this pandemic and this economic downturn.

Catalogue: How can people and organizations support Dreaming Out Loud’s mission and work?

Christopher: There are a lot of ways people can plug in. Dreaming Out Loud is a food hub, social enterprise, and food business ourselves. Folks can sign up to receive a CSA share. We have an incredible line of soup and granola. Offices that prioritize employee wellness can promote an office CSA to HR. Food businesses can buy from our wholesale list, which is a curated list of products from local and regional farmers that we can connect your business to.

Zachari: Our Food Hub employs people up and down the supply chain. We hire DC residents and train them – there’s no industry in DC giving people this type of experience and this type of job.

Chris: is one of the incredible ways to bring value beyond a donation that helps move our mission forward.

People can volunteer at The Farm at Kelly Miller. Follow what we’re doing with the DC Food Policy Council. Sign up for our newsletter for upcoming advocacy opportunities – we foresee lots of this with the Farm Bill, such as calling your Senator or Congressperson. And follow us on social media at @DOLDC.

I think I would like people to be more demanding of their political leaders. In general, we have to do better in terms of asking for the means for a just, dignified life from the people who can provide it. We have to demand more of people with more ability to make change than any one nonprofit. 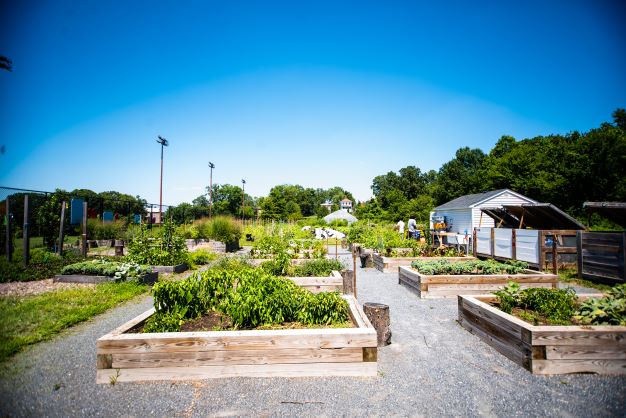 ONE DC and the Washington Area Community Investment Fund, mentioned above, are two fellow Catalogue nonprofit partners that you can also learn about.