1 warehouse + 2 hours + 20 middle schoolers + 7,700 pounds of food = my morning spent volunteering for Food for Others, a nonprofit partner of Catalogue for Philanthropy. The mission of Food for Others is to distribute food to their neighbors in Northern Virginia who struggle with food insecurity. They rely upon food donations — a lot of donations. In 2018 alone, they distributed 2.2 million pounds of food. My task was to help sort some of those donations.

Signing up online for a volunteer shift was easy and painless. Despite being a food-focused nonprofit, the real bread and butter of Food for Others is their volunteer force. Since they rely upon so much free labor (up to 1200 volunteers a month!), they ensure that their sign up process is as convenient as possible. At 9:30am, I arrived at their warehouse, which was already bustling with activity. After being welcomed by the receptionist (another volunteer), I signed into a computer (10 seconds tops) and I was ready to go. 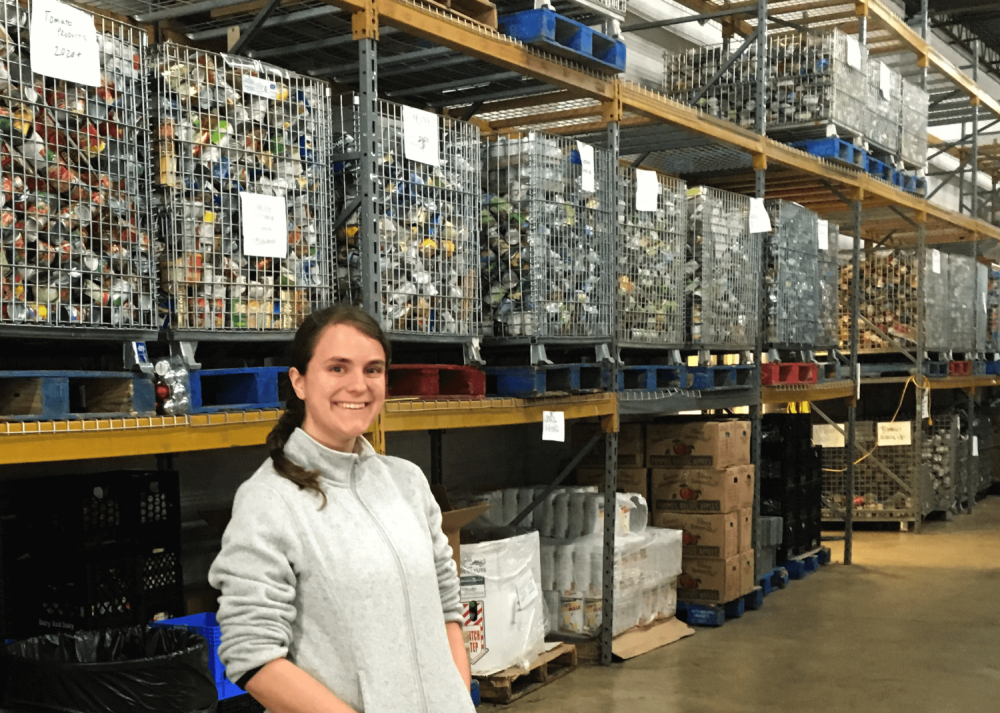 The atmosphere of the warehouse was informal, yet industrious. Everyone was friendly, but no one had much time to chit chat; they had mouths to feed, trucks to fill! My supervisor for the morning was Jenn. Prior to joining Food for Others, she used to work in an Amazon warehouse. In other words, she knew her stuff.

Jenn was accustomed to managing large and diverse batches of volunteers: individuals, retirees, corporate teams, school groups, etc. My team of co-volunteers consisted of eighth grade students from a local private school. Twice a year, these students participate in service activities at various nonprofits in the region.

In a succinct, 2-minute orientation Jenn explained our job. We would sort the massive bins of donated food into three categories: dry goods, cans, and breakables. 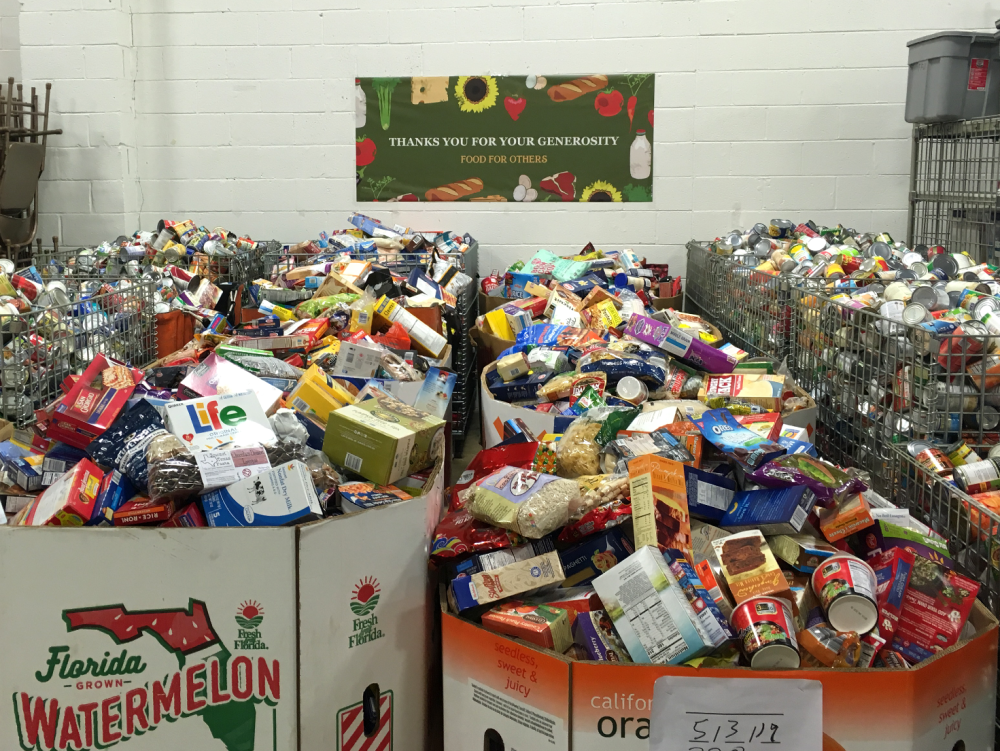 A few of the donated items were already partially consumed, which meant that they had to be thrown out. Unfortunately, one such item was an open bottle of maple syrup, which soaked through and ruined other otherwise acceptable donations in a sticky disaster. Note to readers: if you donate items to food pantries, thank you, but please do not include open or expired items!

Although most of the food were standard staples that you would expect, there were also occasionally some surprises in the mix, such as Polish luxury jams, dog food, maraschino cherries, and even mail.

Working with a pack of middle schoolers was fun. They brought a positive and enthusiastic energy to the morning. What’s not to love about a teenage boy tossing a pack of ramen into a bin and yelling “KOBE!”?

The kids treated me like an authority figure. This amused me since I was hardly an expert, being just a fellow first-time volunteer like them.
Kid: Ma’am, should this be considered a “dry good”?
Me: Sure?
Kid: Should we start placing cans in this empty bin?
Me: Why not! Sounds like a plan.
Kid: This is a box of a can. Should it go in cans?
Me: Follow your heart!

Spurred on by the spirit of innovation and efficiency, the kids formed an assembly-line which involved throwing and catching food items. Although this seemed like fun, I was concerned about them potentially dropping and damaging donations. Even as this thought was going through my head, my own plastic bag of donations split open from the weight and my glass jar of tomato sauce smashed onto the ground. How embarrassing! Unlike my own clumsy self, the students never broke anything (although Jenn did ask them to please pass the food instead). 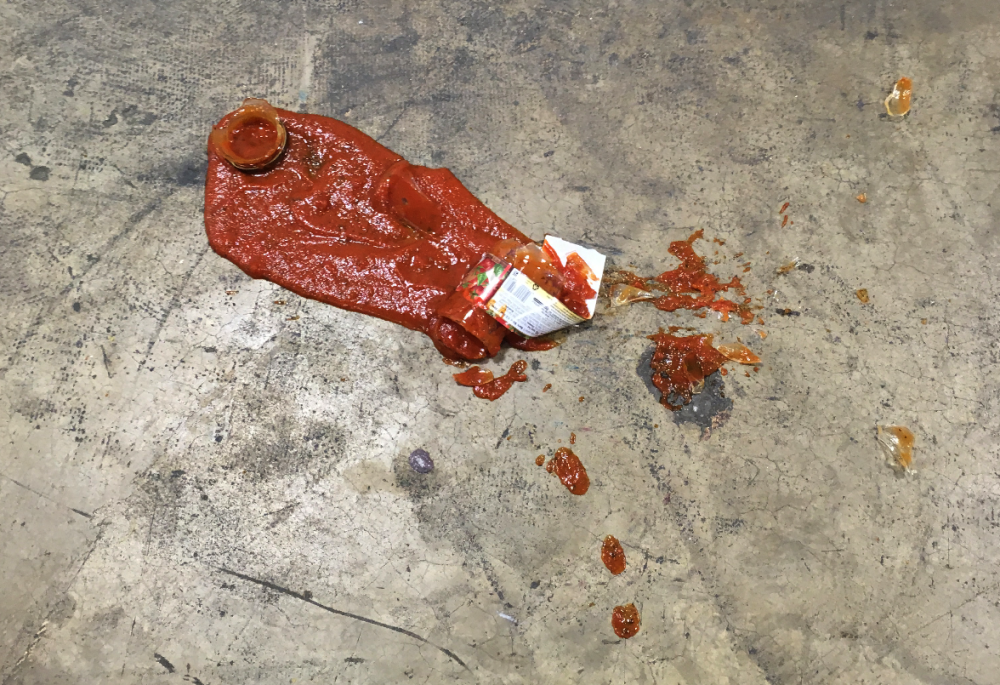 Overall, my two hours at Food for Others was a great experience. It was convenient, enjoyable, stress-free, and rewarding. Despite the legions of new volunteers cycling through every day, the warehouse is a well-run machine in getting donations to the people that need it. The work can be whatever you want to get out of it; you can either get to know new people or just as easily zone out to a podcast.

The warehouse position is just one opportunity at Food for Others. For example, they also have gleaning events at farms (well-suited for families) and food distribution jobs (good for people who like directly interacting with clients). Volunteer relationships can be as involved as multiple hours a week or as noncommittal as once a year. You can learn more about individual and group opportunities on their website.

Written by Nancy Erickson, Communications Coordinator at Catalogue for Philanthropy