During this challenging and uncertain time, we know community is more important than ever. But for most us, that community has to be virtual right now. However, we know that the needs of the community don’t stop during a crisis – and we know many of you are wondering what you can do to help.

That’s why we are announcing a daily challenge for good during the month of April. Throughout the month, we have listed at least one “good thing” you can do each day. From supporting local nonprofits and businesses to helping those in need – there’s a way for all to get involved. Click on the calendar below to check out our daily challenges that you can accomplish from home.

Community is what will get us through this – even though right now it has to be a virtual one. We encourage you to participate in these small actions and more to continue making a difference, close to home. And like always, community is more fun with others so be sure to share!

Written by Matt Gayer, Co-Executive Director of the Catalogue for Philanthropy

A lot of times, posting on social media for our organization can feel like we are spinning our wheels, or that we are just doing it because everyone else is. If we are going to take the time to do a social media campaign and dedicate resources to it, we need to make sure we’re ready to advantage of the campaign. Here’s six things to decide and plan for before you begin posting your campaign.

Not all campaigns are created equally, and not all campaigns are about raising money (!). Campaigns can focus on getting folks to donate, take action (e.g., volunteer, recycle at home), advocate, or learn more. Decide what your goal is — what you want people to do. Then, decide when you need them to do that by this will help you to start thinking through the timing and urgency of the campaign.

Your campaign doesn’t happen in a vacuum. Keep in mind if your campaign is part of a broader movement (e.g., GivingTuesday), a busy time of year (e.g., End of Year), or a thematic time (e.g., Mother’s Day, Women’s History Month). Either include these broader trends in your campaign, or purposefully avoid those busier times.

It isn’t as simple as just counting your followers. You need to know something about who is following you on social media to be able to customize your campaign to them. Do some research and get a sense of who they are and what they might be interested in. You also can decide ahead of time to just target certain groups by their experience (e.g., past volunteers) or who they are (e.g., local donors).

Once a campaign gets going, things move fast. Especially for visual content, which you have to have to be engaging, we need to make it ahead of time. Think through what images, Gifs, or videos you’ll need during the campaign, and create as many as possible before it starts. You might have 1-2 “live shots” during the campaign, but most of it can be pre-planned.

#5: Who can help spread the message?

It isn’t enough to get attention to your campaign by pushing it out, you need others to share their influence as well. Make sure staff and board are engaged prior to sending as well. Try to get a group of 10-15 external supporters (volunteers, donors, etc) to agree to share a message about the campaign, all at the same time on the same day. It helps with visibility and makes it seem like a conversation is happening.

Finally, work out at least a rough plan with timing for posts and an outline of post content. As mentioned above, campaigns move fast so we need to be ready prior.

If you think through these six things before you make that first post or Tweet, you’ll be a lot more likely to see some real progress from your campaign. It takes some time to be ready for that authentic-feeling campaign.

This week, Operation Second Chance is getting ready for the most FUN run/walk this December, the Sergeant’s Fitness Concepts Jolly Fat Mans Run!! Check them out in this clip from Let’s Talk Live! 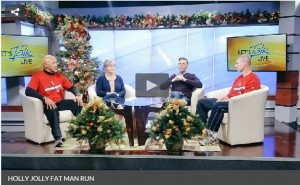 If you haven’t already, be sure to check out this week’s “7 Questions” post from Legal Counsel for the Elderly. 2015 marks the 40th anniversary of Legal Counsel for the Elderly. Today, they continue to provide free legal and social services to DC’s most vulnerable seniors. Through the eyes of four of its clients, click below to see how LCE makes a difference in the lives of seniors: 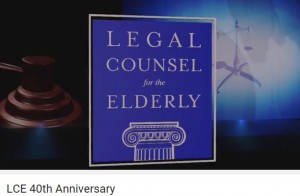 Happy “What’s Up Wednesday!” Take a look at this week’s featured organizations and then join them at their upcoming events during the months of November and December!

END_OF_DOCUMENT_TOKEN_TO_BE_REPLACED

Happy “What’s Up Wednesday!” Looking for a new podcast to add to your queue? This week’s #whatsupwednesday feature has a suggestion for you. Also featured, Catalogue nonprofits supporting one another through wonderful collaborations. Read on and…Happy Wednesday! 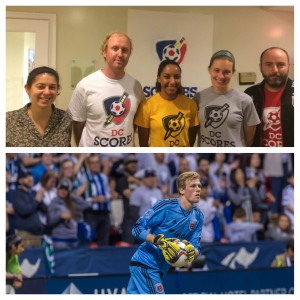 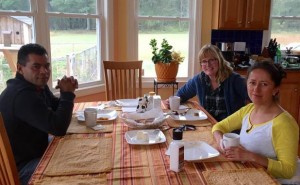 Happy Wednesday! The Catalogue kicked off our week by welcoming our brand new class of 2015-2016 “best of the best” small nonprofits across Greater Washington. We shared with them the best ways to leverage their Catalogue partnership, and introduced them to some of our friends, such as Meridian Hill Pictures, and fellow Catalogue nonprofits, such as DC SCORES (last year’s Giving Tuesday winner). Check out the video below to see what else our network was up to this week:

LearnServe
We kicked off both our LearnServe Fellows and Incubator programs this week! The LearnServe Fellows Program brings together high school students from across the Washington, DC, area to learn how to bring sustainable social change to their communities. To learn more about these programs, visit this page.

Our Daily Bread
“It really helps you know how much you are spending,” said an attendee of our Free Financial Counseling Clinic at UCM of Alexandria last Wednesday. The volunteer Financial Planners and intake assistants from ODB are gearing up for the next clinic with Western Fairfax Christian Ministries in Chantilly on 9/28. Visit ODB’s Financial Literacy page to get a handle on your finances, or get involved in helping others!https://www.odbfairfax.org/finlit

Byte Back
ByteBack has just launched a new website at www.byteback.org! They’re proud to introduce this user-friendly site for students, community members, alumni, volunteers, supporters, and partners. Find information easily, check out newly added resources, and see how ByteBack programs are transforming students’ lives. ByteBack is putting tech within reach for underserved DC residents with new features, including: Student success stories, resources in English and Spanish for students and community to learn and gain career opportunities, and easier ways for supporters to get involved and help change lives. Click around the new site to learn, volunteer, give, or hire!

ThanksUSA (New ’15-’16 Catalogue partner!)
This week, when you buy a ticket to see the Washington Nationals, ThanksUSA receives $5 from every discounted ticket sold when you enter the code “ThanksUSA”! This Friday, they’ll receive the Spirit award on the field. It will be at 6:40, before the game start time of 7pm — and they’ll also show their new PSA!

Catalogue nonprofits are starting September on the right foot by distributing food to those in need, empowering small business owners, and engaging volunteers to increase literacy! Take a peek at “what’s up” at a few of our organizations this week! 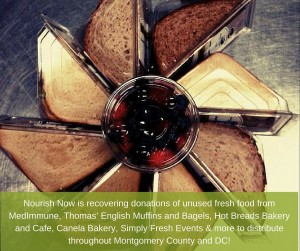 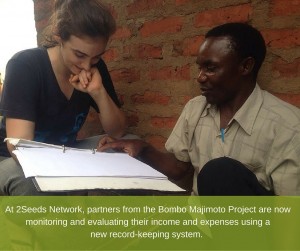 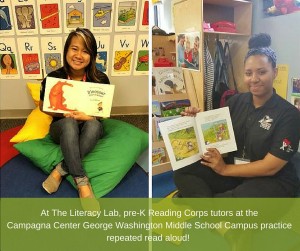 This week, we’re excited to highlight two of our nonprofits, 2Seeds Network and The Reading Connection! Read on to find out “what’s up” at these organizations this week, and how you can get involved to support them.

2Seeds Network
This week, 2Seeds said goodbye to one of its staff members, Cam Kemp. Thanks for all your hard work! 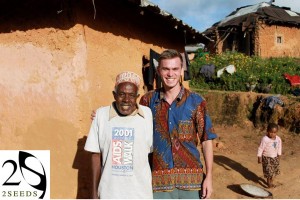 Fun fact: Did you know that for just $100, you can provide business training to a Tanzanian farmer?This invaluable training helps farmers become creative and productive agricultural entrepreneurs locating new markets, forming cooperatives, finding alternative farming opportunities, and generating an income for the farmers’ families. Click on the image above to find out more!

Fun Fact: Did you know that for just $100, you can provide a parent workshop to help adults increase their confidence about reading to their children? Click on the image above to donate!

Which Catalogue charity has a freshly-painted play room, thanks to local volunteers? Which one took its summer academy students to one of the city’s top museums, or shared a record-breaking produce bounty with local seniors? And finally, which Catalogue charity saw female small business owners in Tanzania set a monthly profit record? Find out below in this weeks #whatsupwednesday!

Bethany House of Northern Virginia
This week, Bethany House had a volunteer team from TheTransit DC who came and painted a play room at one of their shelters. Wow – it looks great with the new bright red and yellow walls!

Iona Senior Services
This season has been record-breaking for our Farm to Table program, which brings fresh produce from local markets to older adults in our Active Wellness Program at St. Alban’s — for free! We’ve had 2,275 lbs so far this season (and counting)! Special thanks to our partners New Morning Farm, FRESHFARM Markets (’13-’14 Catalogue charity!), DC Greens (’14-’15 Catalogue charity), and Licking Creek Bend Farm.

2Seeds Network
Mama Asha from Tabora Project calculated monthly profits this week in the group’s newly built storage building. The group of women cooks and sells packaged foods around Tanzania, and June was their highest monthly profit to date!

After a brief summer hiatus, #WhatsUpWednesday is back, refreshed, and excited to share “what’s up” at Catalogue charities this week! Take a look at photos in the video below, and be sure to check out our charities’ Catalogue pages to learn how you can donate or volunteer.

Global Kids
Global Kids has been having an incredible summer. Global Kids Summer Institute visited the South African Embassy. The youth met with a South African diplomat with whom they discussed racial justice issues in their local communities and in South Africa. In August, many of these students will be traveling to South Africa with Global Kids-DC through a generous grant from the DC Department of Employment Services.